Former West Buckland student Philip Beale FRGS (74-79B) launches his new book on the successful Phoenicians Before Columbus expedition. Atlantic B.C will be launched on 18th May 2022 Former West Buckland student Philip Beale  FRGS (74-79C) launches his  new book on  the successful Phoenicians Before Columbus expedition which Charlie Mannix Beale (07-12C) also participated as did Fred Kingdon(07-12C) and  Sally Welburn (04-12B) during the early stages of the expedition.

An Epic Recreation of a Phoenician Voyage 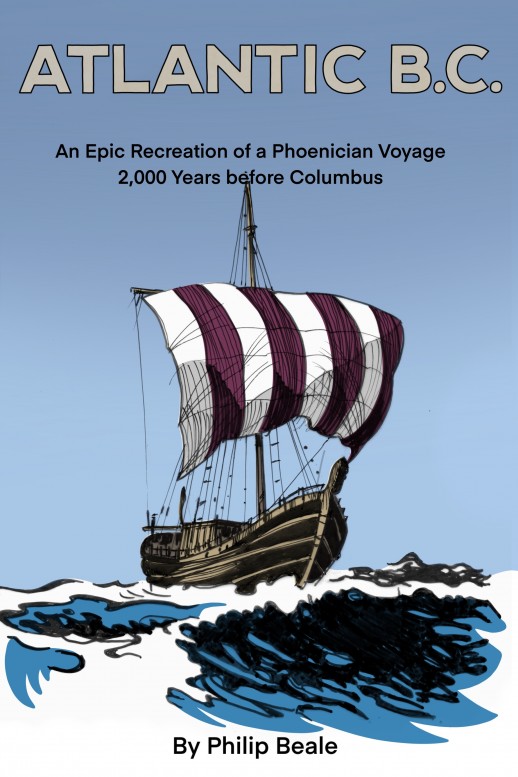 “In fourteen hundred and ninety-two Columbus sailed the ocean blue.”

It’s a rhyme that every schoolchild knows. Christopher Columbus, after all, was the first European to cross the Atlantic and discover the Americas. Or was he? Archaeological evidence now suggests that the Vikings settled there in the 10th century A.D.

“The one duty we owe to history is to rewrite it,” wrote Oscar Wilde. In 2019, ex-Royal Navy Officer, Philip Beale, took Wilde at his word and put his maxim into practice. In his ship, the Phoenicia, a reconstruction of a 6th century B.C wooden sailing ship, he sailed with his crew from Carthage (modern-day Tunis) across the Atlantic towards Florida.

Their mission? To show that in all likelihood it was actually the Phoenicians, an ancient Mediterranean civilization renowned for their maritime skills, who were the first to discover America 2000 years before Columbus.

This book tells the story of the voyage and the many challenges it faced. It combines the relevant Phoenician history from the Mediterranean and Atlantic, which underlines the theory of the Phoenicians reaching the Americas 2000 years before Columbus with what the  ancients appear to have known about the “Lands to the West” and what Columbus borrowed from them to enable his voyage in 1492. In summary, the book brings together the key arguments as to why Beale believes the Phoenicians reached the Americas before Columbus and the Vikings.

What people are saying about the book:

"History is always being rewritten. But few people have the imagination and sheer guts of Philip Beale and his crew to demonstrate the seemingly impossible. This book is the most interesting and inspiring I have read in a long time.”

“Philip’s dedication and determination to elevate the role of the Phoenicians in the history of exploration, knows no parallel. This is a modern day classic in the style of Thor Heyerdahl’s Kon Tiki and describes his epic 6,000-mile voyage from Carthage to the Americas. Well researched, this is a fascinating, inspiring and enjoyable account of an adventure with a purpose.”

‘Truly a voyage of bravery and wonder - I loved this book.  Philip Beale is a sailor in the great tradition of Thor Heyerdahl and Tim Severin, those who navigate their way across oceans to test their theory - and themselves. It’s an inspiring tale, one steeped in history, insight and maritime daring-do.’

“Beale’s account of his epic 6,000-mile voyage from Tunisia’s Carthage to the east coast of North America is proof-positive that Christopher Columbus may have been following in the wake of Phoenician voyages some 2,000 years earlier - and that modern-day adventures can shine new light on big questions in human history … and deliver capacity-building experiences for all those involved.  A brilliant read!”

Published by the Lulworth Cove Press

The book consists of over two hundred pages of text, illustrations and over 20 colour photos. The historical context of the expedition has been carefully researched and presented throughout the book, which contains over 80 footnotes for further reading and research.

Availability via www.altanticbc.net and all good bookshops. 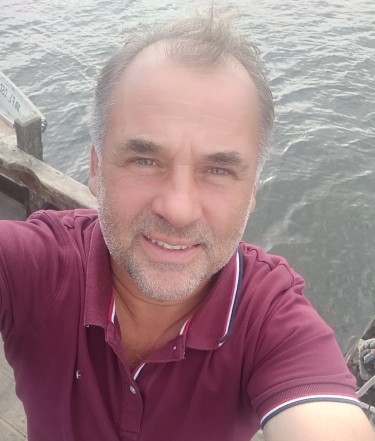 Philip is an adventurer, sailor, writer and motivational speaker. He participated in his first international expedition, Operation Drake from Fiji to Papua New Guinea, in 1979 when he was 18 years old, following which he developed a strong interest in Asian, African and Middle Eastern cultures. In 1982 he graduated in Politics from the University of Hull and subsequently became an officer in the Royal Navy.

Philip is a fellow of the Royal Geographical Society and belongs to the Scientific Exploration Society and is a member of their Honorary Advisory Board. He is Managing Director of adventure travel and wildlife company Pioneer Expeditions (www.pioneerexpeditions.com). Award Winning poet, Dom Bury (01-06B) has released his first collection of poetry, available through all good bookshops. More... Recently tutor groups 7B and 9C created a time capsule as a testament to living in this era of Covid-19. We asked the A… More...