Everybody at this time is beset by uncertainty and concern. It seemed therefore a good idea to try and ease the burden of this with a little dose of normality and nostalgia.

Everybody at this time is beset by uncertainty and concern, and the West Buckland community is no exception. It seemed therefore a good idea to try and ease the burden of this with a little dose of normality and nostalgia. If nothing else, it would be a change.

I am taking as my text the account in the school magazine (the Register, as it was known, till nearly the end of the last century) of the Breaking-Up Supper at the Devon County School on 18th December, 1911.

Incidentally, this must have been one of the very last occasions when the school`s old name was used; it was changed to ‘West Buckland School’ in 1912.

People like looking at records of something old. It makes them feel superior. Didn`t they dress oddly then? Listen to their curious slang. Smile benignly at some of the things they held dear. Look at their gadgets. It`s all so old-fashioned, isn`t it? So quaint. So, frankly, funny.

Just look at it. The DCS, I mean. So small, for a start. Less than 120 pupils altogether. The Karslake must have loomed pretty cavernous. Junior boys in Eton collars. Like something out of Tom Brown`s Schooldays. (The school once invited the author, Thomas Hughes, to Speech Day.) Seniors wore waistcoats and watch-chains as routine. School servants served at table, and were addressed by their surnames. (How feudal can you get?) Outside toilets. (How medieval can you get?) No electricity. (How prehistoric can you get?) One telephone in the whole school. (How could they live without telephones?)

We don`t know what they ate, but we do know that there was no choice. I doubt if the word ‘menu’ appeared very often in the DCS (Devon County School) vocabulary. But we do know that several medical reports stressed the boys` robust health. As it was Christmas, there were no doubt some seasonal treats, but no alternatives. I shouldn`t think the word ‘choice’ cropped up very often in a DCS pupil`s day

So what actually went on?

The Headmaster, ‘Ernie’ Harries, presided. There were three tables, to accommodate the three houses – the Brereton, the Courtenay, and the Fortescue. Note the already established tradition of putting the definite article before the names. The Grenville was not born till 1918.

Along each table were arranged the trophies which each house had won – 9 for the Brereton, 6 for the Courtenay, 2 for the Fortescue. (They had been created only a few years before, and were generally regarded by the other two as lower forms of animal life They evolved the habit of referring to them as ‘The Forty Screws’.)

If you could have been a fly on the wall that evening, you would have been amazed at the number of toasts that were drunk. Just what they drank we don`t know (after all, there

were juniors present, and nearly every pupil was under eighteen). We do know that, in the nineteenth century, beer was regularly served – pretty mild stuff, I expect, but an eloquent comment on the school`s fresh water supply. Nevertheless, a good deal of liquor of one kind or another was consumed, which no doubt enhanced the atmosphere as the evening matured.

As soon as the eating was over, proceedings began with a loyal toast – to His Majesty the King (Edward VII). Then there were toasts to each of the three houses, by one of the teachers, and each of these in turn was replied to by one of the boys. That was six speeches – seven if Harries said anything about the King.

Were these six orations listened to with rapt attention as if they were the Gettysburg Address? I doubt it. The audience were cutting loose at the end of a long term; they were full of (at the least) wodge and stodge, and (with luck) Christmas pudding and mince pies; quite possibly a noggin or two of mild alcohol; they were all together; and they were determined to have a good time.

There was a roar of approval from at least one-third of the audience when Mr. Innis, from Trinidad (a rare enhancement of a common room in 1911) proposed the health of the Fortescue, observing that the ‘Forty Screws’ would soon be screws in the coffins of the Brereton and the Courtenay.

That was not the end of the toasts. Harries then proposed the health of the Visitors. Mainly old pupils, who had clearly thought the trip worth it. One of them was called Harris, He was known, and addressed by Harries, as ‘Basil’. His middle name was Bastable, hence the nickname. It had stuck long enough to become normality, and when Harries addressed him as ‘Basil’, it was clear that it was used not as a tease but in familiarity and affection. Harris, despite an absorbing life at Cambridge University, made the time to come back regularly.

Now this was an entry in the school magazine, and in school magazines, all geese are swans, everybody plays well, and it`s all absolutely scrumptious. But try and imagine that evening for a moment. It`s midwinter; it`s dark; the curtains are drawn. Stomachs are full; lessons are over. Christmas is on the way. Over everything is the glow and the warmth of the ubiquitous oil lamps, which make the trophies gleam. Mystery lurks in the Karslake`s distant dark corners. Round those lamps is the centre of life.

Everybody is together – the whole school, all 120 of them. Everybody knows everybody. They are cheering and laughing and heckling and carrying on generally. Old boys say they are glad to be back, and mean it. They didn`t flog all the way down to Devon just for the sake of form, and West Buckland was certainly not the Ritz. It must have been quite a night.

And they all sang ‘Auld Lang Syne’, as the Register said, ‘heartily’. Of course. 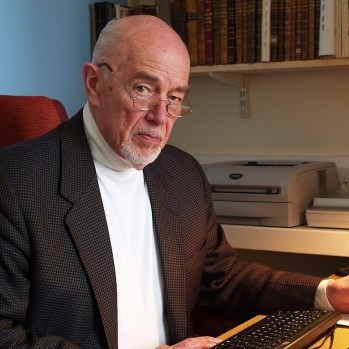