We were recently asked by David Cummins (40-50G) if any of his cohort recalled what occured at WBS on VE Day 1945. Our thanks to James Leslau for his late father's wonderful diary entry.

Not only was he an accomplished scholar, he was a talented sportsman too. He was made Head Boy and was awarded the highest accolade that the school could give, the much prized Fortescue Medal. There was a shortage of medal during this period and Jack sadly never received his medal, we are hoping to present his son, James with his award when he pays us a visit in the future.

David recalls that Jack was an inspiration to the younger boys and someone they all looked up to. 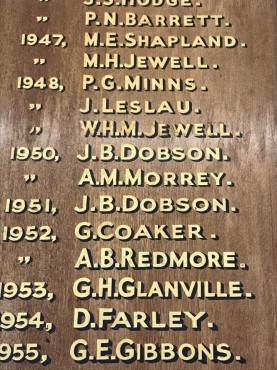 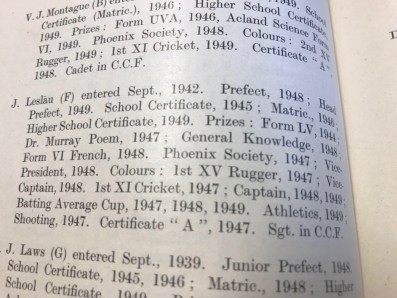 Jack was 14 years old when the the Second World War ended. We are delighted to share with you his memories from that special day taken from an extract of his diary in which the band travelled to South Molton. He celebrated by having a pint of cider (and half a lager) followed by watching a bonfire in the evening. 
If you have any memories of VE Day at West Buckland, we would love to hear from you and share your stories. Please contact [email protected] with your recollections. In His Father's Footsteps

The Spear family had cause to celebrate this year’s Exmoor. More... House allegiance has always played a significant role in the life of West Buckland School. More... Ever wondered about the origins of our dear school? To mark the 150th celebrations of WBS, Berwick Coates gave this inte… More...